FIFA world cup 2018 start will be starting in Russia just few hours as countdown has been started to one of the biggest sporting event in the world. It is that time for which whole football fans are eagerly waiting for to watch their and support their favorite teams and players. 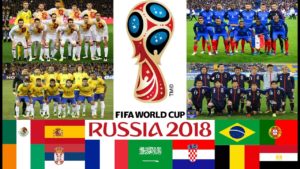 As games begins from tomorrow lets take a look at some of Interpreting facts about this year FIFA World Cup 2018.