Do you know if your most favorite Whatsapp app you are using is real ? Or are you using the fake Whatsapp version of real app developed by someone else other than Whatspp Inc ?

Can we imagine a day without Whatsapp ? Forget about day not even an hour would be the answer by almost all the current generation mobile users . Whatsapp has become integral part our life and gone far away from just a mobile app to touching billions people across world using it.

Recently there have been many fake whatsapp apps surfacing on Google play store which looks and feel similar to real whatsapp but are actually fake and not developed by original whatsapp developers.

Lets check some simple points to identify the differences between real whatsapp  and fake whatsapp.

Below checkpoints are to check if your running real version of whatsapp. 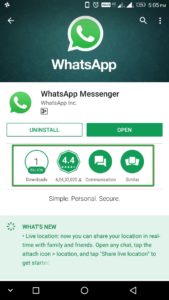 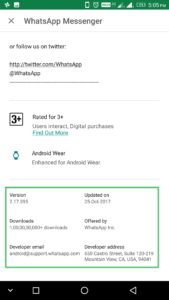 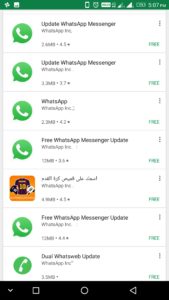 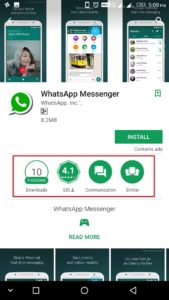 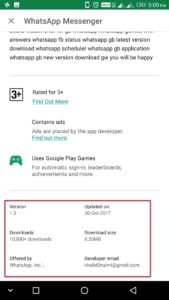 Even after being fake whatsapp these apps have been downloaded by thousands of users knowingly or unknowingly and might be using it considering it real . It is very dangerous to use these fake apps that which are not original and your data with them certainly is at risk of misuse.

We advise you to please check whatsapp version by google my play apps now only and uninstall it immediately if you have also install it ans using it. Also please share the same to all the ones you care and make them aware of these fake apps and not to fall prey for these fake apps.

Lets us be aware and be safe and make others also safe.